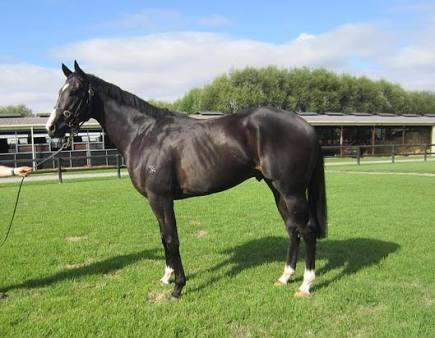 GAINSBOROUGH JACK makes his racecourse debut tomorrow in Race 1 - the Shire Hall Hotel 3YO Maiden Plate at Ararat over 1100 metres.

Bred by Deb Armstrong, this Pluck gelding is a striking horse who should attract many admirers when he steps out onto the track.

He will be ridden by Jarrod Todd who know the horse well as he partners the horse regularly in his work at home. We think this is a race that will suit him for his first outing and expect him to be right in the action.

Being a debut run, he will obviously benefit from getting some raceday experience under his belt, but definitely deserves his spot in the line up for this race.